The Japa Gold Project is located in the Western Region of Ghana, approximately 110 km South West of Kumasi and 50 km North of Tarkwa, centred in the village of Gyapa in the Wassa Amenfi East District. Mining Lease PL2/310 covers a 26.2 square kilometre area over part of the Akropong Belt, an offshoot of the highly endowed Ashanti Belt, within the Birimian Supergroup that hosts many of the most significant, multi-million-ounce Ashanti type orogenic lode-gold deposits of West Africa. 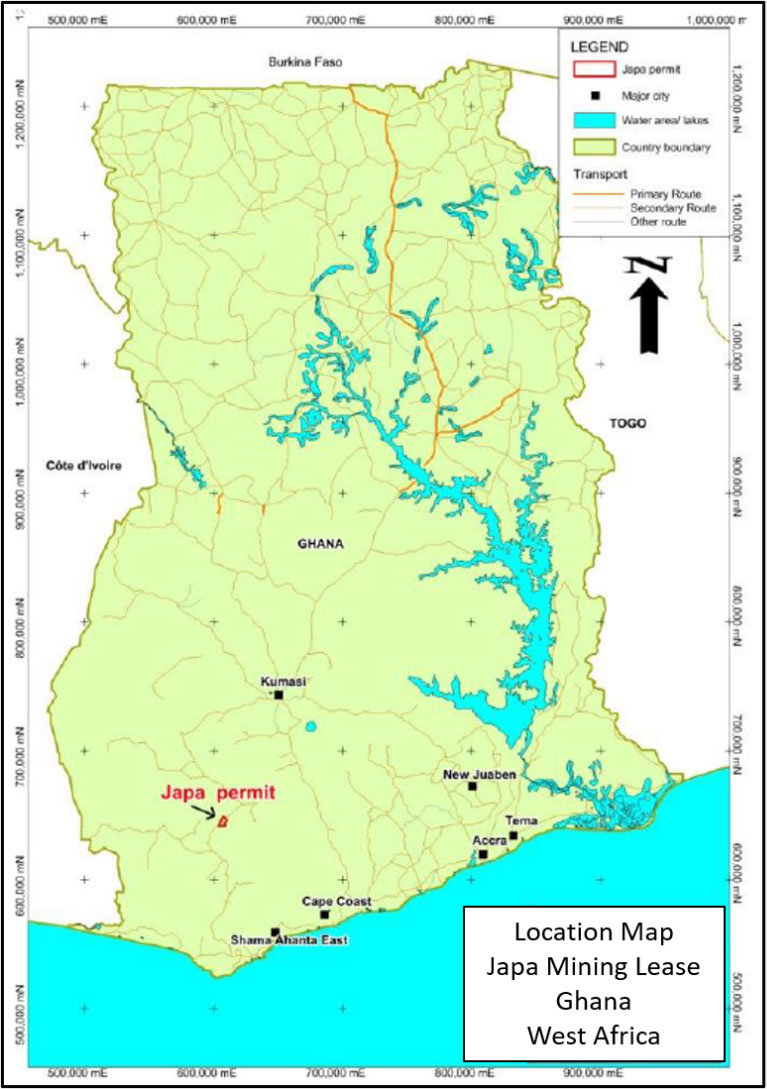 Tribune Resources (Ghana) Limited acquired its interest in the Japa Gold Project in 2005. Initial work by Tribune expanded on surface geochemical sampling conducted by previous explorers which was followed by drill testing of identified gold anomalies.

Successive phases of drilling, amounting to over 100,000 metres completed up to the end of 2020, has defined extensive gold mineralisation within numerous prospects across the Mining Lease. Two deposits, Adiembra and Japa-Dadieso Trend, have been the principal focus areas of this work over the period of tenure and these deposits form the base from which Tribune is developing the Japa Project.

Gold mineralisation at Adiembra is hosted by narrow quartz and quartz-pyrite veins which crosscut a sequence of metamorphosed shale (phyllite), siltstone and sandstone in a regular orientation almost normal to the east-northeast trend of the rock package. The mineralised sequence has undergone variable degrees of shearing together with sericite and chlorite alteration.

Mineralisation along the greater than three kilometre long Japa-Dadieso trend is predominantly hosted by quartz veins within a porphyritic tonalite dyke. This system has not been tested deeper than 140 metres below surface and has considerable potential for extensions to mineralisation both along strike and at depth. 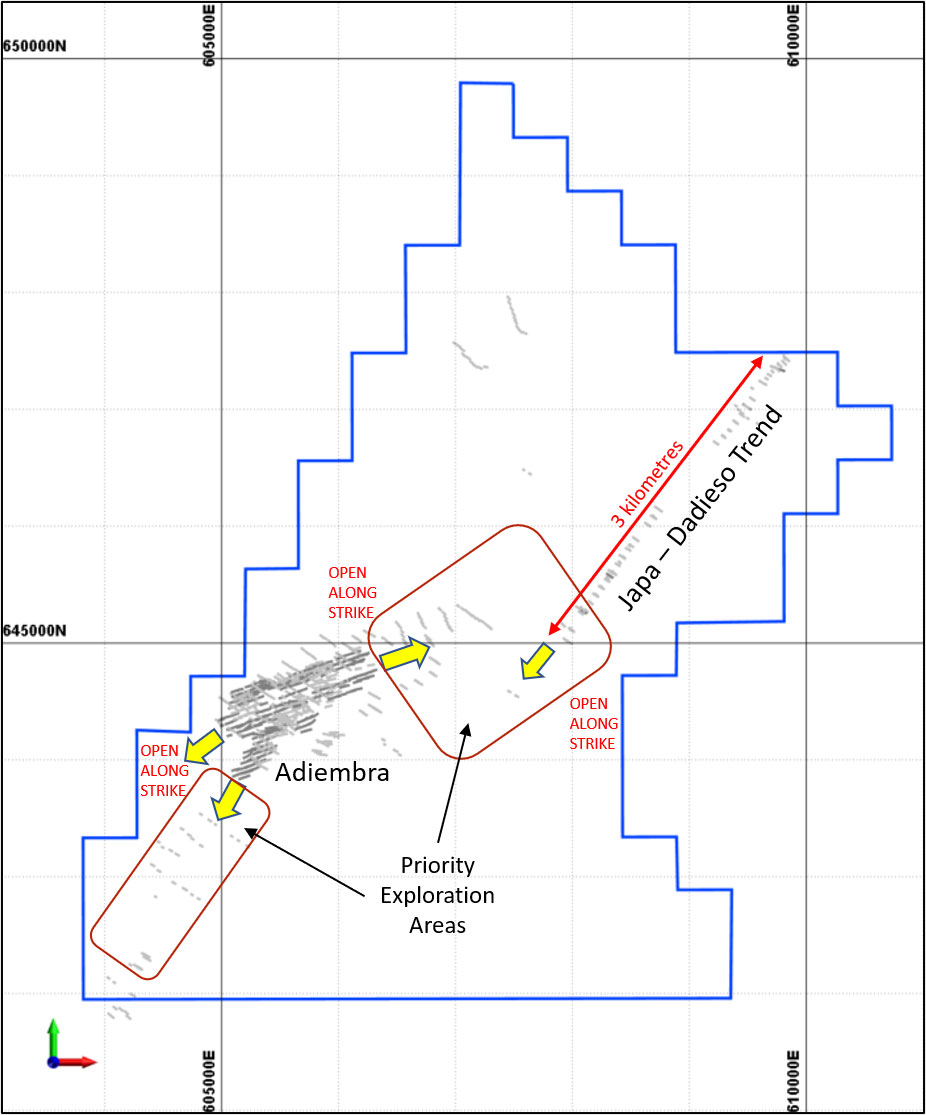 Current and future drilling programs will infill sample coverage through most of the Inferred and the more robust zones of unclassified mineralisation at Adiembra to elevate the classification up to a minimum Indicated category for future Reserve estimation, test for extensions to and infill existing drilling along the Japa-Dadieso Trend, follow up broad spaced intersections within several priority exploration areas and test conceptual targets across the remainder of the Mining Lease.